We had a later start this morning and arrived in Castlerock just in time to see the 10:50 train to Derry arriving at the station. After a very pleasant, mild week it was rather fresh as we made our way towards the Black Glen. However, despite the cold, damp, grey skies, there were some other walkers about.

Approaching from the Castlerock side you get a real sense of the size of the original Demesne.

The Temple looks so tiny, like a dot on the landscape, and then your eye picks out Downhill House, the mausoleum and Lady Erne’s seat above the Black Glen.

Before long we were making our way up to the cliff walls of the Demesne, with amazing views looking back towards Castlerock.

As we continued climbing up towards the Temple it gradually came into view; the tip, the dome and then the full works, with the Atlantic Ocean and coastline stretching beyond – a truly magical sight which I never tire of seeing!

The Temple was built around 1783 by the renowned “Mad Bishop” of Derry, Frederick Hervey, 4th Earl of Bristol (1730 – 1803). He became Bishop of Derry in 1769 and later 4th Earl of Bristol after the death of his brother Augustus in 1779. With the wealth he inherited the Bishop was able to feed his eccentricity and travelled all over Europe amassing great works of art. 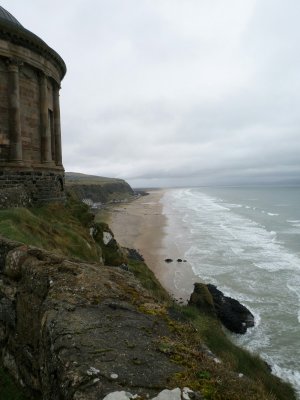 The Temple was inspired by the Temple of Vesta and was built around 1783. It was designed as a library for his niece Frideswide Bruce as a wedding gift for her marriage to Daniel Mussenden.

I can’t think of a more amazing reading spot, looking out at Downhill strand, the Atlantic Ocean and the Inishowen Peninsula in Donegal. Sadly in 1785 Frideswide died young and the Temple became her memorial instead!

Due to cliff erosion the Temple now sits right on the cliff edge, 120 feet above the sea below. There is a latin inscription around the top of the dome by Roman poet Lucretus (99 – 55BC) which translates

‘Tis pleasant, safely to behold from shore, the rolling ship and hear the tempest roar’.

To keep warm we decided to get moving again and made our way towards the ruins of Downhill House. Built around 1772, and inspired by the Bishop’s visits to Italy, the house would have been very grand in its day.

However, despite it’s grandeur, the house has had a sad life … it was entirely destroyed by fire in 1851, and many of the valuable paintings and sculptures were ruined … it was repaired in the 1870s but was rarely lived in … it was occupied by the RAF during WWII … and by 1950 it was dismantled and the roof removed … a very sad end for such an extravagant building. There were a few visitors around but we mainly had the house to ourselves.

Before lunch we visited the Dovecote and Icehouse. Despite its practical nature it is a beautifully designed round tower with a dovecote on top and an ice house below.

The Dovecote would have housed 100 pairs of doves which were kept for feathers, food and fertiliser! The Icehouse was used to keep food fresh, with large blocks of ice cut from the nearby ponds in winter & placed in the deep hole. 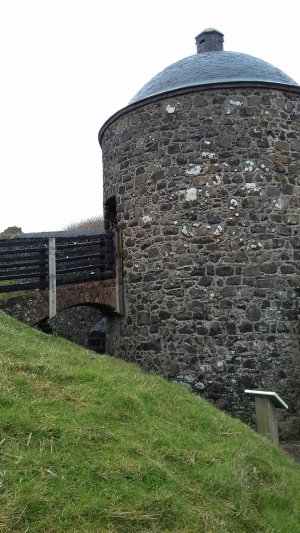 Returning to the car park we visited ‘Al’s Coffee’ and enjoyed warm drinks to heat us up before crossing the road and entering into Downhill Forest.

At 83 hectares it is quite a small forest but I have very fond memories of childhood visits. The forest is home to Northern Ireland’s fattest sitka spruce.

However, due to remediation work on the lake, we were restricted to the upper path before making our way out of the forest on to the Ballymadigan Road.

Along the road we stumbled across some interesting sights … 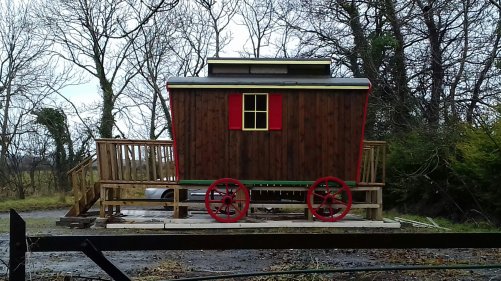 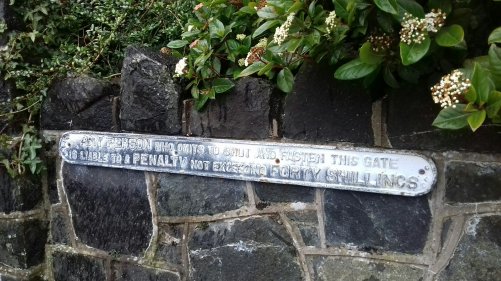 Entering Castlerock we took a walk along the beach to the barmouth and back. We almost had the beach to ourselves apart from one lady and her dog. 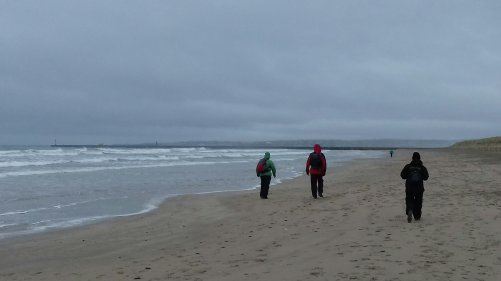 The tide was in and the River Bann was sitting high. 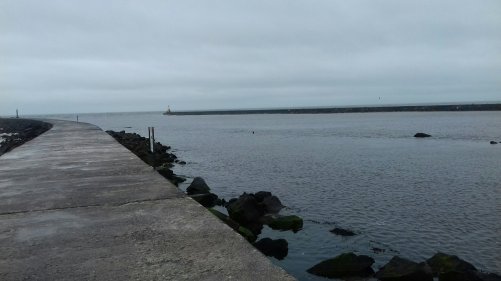 As we returned towards the village the mist was descending and the Temple and Downhill House were poking out on the headland.

We concluded our walk with very welcome coffee & apple pie at Crusoes Coffee House. A very enjoyable local walk, a pleasing 7 miles despite the later start!